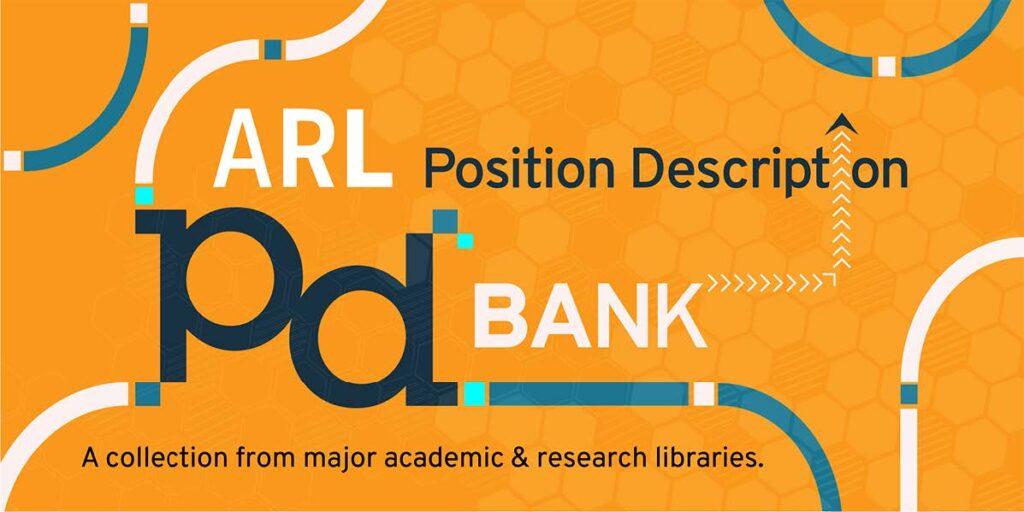 The ARL Position Description Bank (PD Bank) now includes over 4,000 position descriptions, at 4,222 to be exact. Importantly, the newest community member is the Research Libraries UK (RLUK), and their institutions have contributed 233 PDs.

More About the ARL PD Bank

In March 2012, the ARL (Association of Research Libraries) Board of Directors authorized the establishment of the ARL PD (Position Description) Bank. ARL contributed a significant portion of the programming cost for the system, which was developed by a team at the University of Florida (UF) with broad input from other institutions, including over 20 ARL member institutions, via surveys, focus groups, and beta testing. In February 2013, the ARL PD Bank was officially launched.

Initially, the PD Bank was only available to ARL members. In order to sustain the community, maximize the collection use, and create an even more comprehensive collection, access was expanded. Beginning in 2014, library consortia that included at least one ARL member institution were permitted to join the ARL PD Bank as a group and, as a result, extend access to their non-ARL members. The first consortium to join was the Association of Southeastern Research Libraries (ASERL). The Canadian Association of Research Libraries (CARL) followed suit in 2015. In 2021, the Research Libraries UK {RLUK) also joined as a partner consortium.

The ARL PD Bank was designed as a digital collection of position descriptions and related documents, such as annual assignments and position vacancy announcements, which describe the work of library employees, interns, and other affiliates. As a collective work of academic and research libraries, the ARL PD Bank provides not only an aggregated source for PDs, which shows the varied ways in which institutions organize and define functions, but also archived documents which over time may depict the evolution of positions and library functions and services.

For more information: https://www.arl.org/jobs/arl-position-description-bank/ or ARLPDBankHelp@uflib.ufl.edu and see the handout.

How much for an honoraria? A workshop? https://laurientaylor.org/2022/05/23/how-much-for-an-honoraria-a-workshop/