Call for Submissions: New Blog Series on The Black Panther

See the full call on the AAIHS’ Black Perspectives, and copied below for ease.

“The World of the Black Panther”

Guest Editors: Julian Chambliss and Walter Greason
On June 9, 2017, the face of the Marvel Cinematic Universe changed as the trailer for Black Panther made its debut. The trailer quickly went viral. Within days, it became one of the most viewed trailers ever released by Marvel. Building on the success of Marvel’s Luke Cage on Netflix, Black Panther promises a majority Black cast for a major motion picture release. While fans have long championed the character, the implication that Black Panther will be something different in style and substance has become a common refrain. The first Black superhero, the Black Panther and his world have captured the reality of new expectations linked to race and identity in the United States since his appearance in 1966. Is his cinematic debut the beginning of a new era? Is it the continuation of mediated tokenism?
Black Perspectives, the blog of the African American Intellectual History Society (AAIHS), seeks essays that examine the Black Panther and the narrative world linked to the character in comics, animation, and film. We invite new and experienced writers–including undergraduate students, graduate students, faculty, and independent scholars–to submit guest blog posts for this series. Broadly speaking, blog posts in this series will examine how this moment in the long history of the Black Panther addresses broader societal concerns in the United States.
We encourage potential contributors to submit guest blog posts that explore topics that include but are not limited to the following:

Blog posts should not exceed 1,500 words (not including footnotes) and should be written for a general audience. Submissions will be accepted on a rolling basis until December 30, 2017. Accepted blog posts will undergo a peer review process before they are published. Blogs can be submitted as an attachment to Microsoft Word to the guest editors at raceandcomics@gmail.com.

About the guest editors 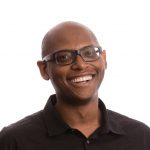 Dr. Julian Chambliss is Chair and Professor of History at Rollins College in Winter Park, FL. His teaching and research focus on urban history and culture in the United States. He is the co-editor of Ages of Heroes, Eras of Men, which explores the changing depiction of superheroes from the comic books of the 1930s to the cinematic present. Follow him on Twitter @JulianChambliss. Dr. Walter Greason is the Founder of the International Center for Metropolitan Growth and an economic historian in the Department of History and Anthropology at Monmouth University. He is currently the Dean of the Honors College at Monmouth University. He is the author of Suburban Erasure: How the Suburbs Ended the Civil Rights Movement in New Jersey and more recently, The American Economy, (with Melissa Ziobro and William Gorman). He is also the creator of the #Wakandasyllabus. Follow him on Twitter @WorldProfessor.