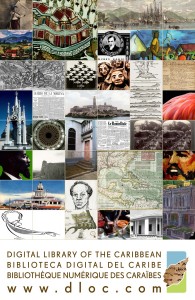 Below are my notes for Supriya M. Nair’s “Introduction: Caribbean Groundings and Limbo Gateways”  (Teaching Anglophone Caribbean Literature. Ed. Supriya M. Nair. NY: MLA, 2012. 1-28.).  I’m sharing my notes here for my own ease and for ease in sharing with others. The entire volume is excellent, I have many more notes to type, and I’m not sure when I might finish typing them all up.
Even though the notes below are only a few quotes and only on one chapter, the quotes here are helping to orient my thinking for the fall course “Panama Silver, Asian Gold: Migration, Money, and the Making of the Modern Caribbean” being taught at Amherst College, the University of Florida, and the University of Miami (syllabi) with the Digital Library of the Caribbean (dLOC).
I’ll be helping to support “Panama Silver, Asian Gold: Migration, Money, and the Making of the Modern Caribbean” for the UF and other classes in collaboration with librarians and others at all three institutions. My core interests for this semester include having three great classes for all involved, supporting the development of new resources for and with and through the class for future classes, and working with the class in being part of and helping to build intellectual infrastructure for Caribbean Literary Studies as part of, with, and through the class. The class has already done a great deal of work in terms of creating new material resources, bringing material resources together in the Digital Library of the Caribbean (dLOC), building and connecting community members at each of the institutions, and demonstrating and developing other community connections in the work to develop and prepare the class. The idea to create this course and the enthusiasm from all of the teaching faculty seem to me to be, at least in part, from the same discussions and concerns noted in Nair’s chapter on access limitations with Caribbean literature shaping texts included in classes.
“Panama Silver, Asian Gold: Migration, Money, and the Making of the Modern Caribbean” is an experimental class, and I’m excited to see what the class can do in the course of the semester and how the class can contribute with new ideas that start this semester and continue to develop long after the class ends. 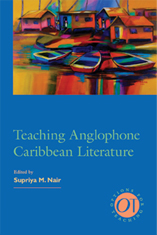 “George Lamming’s arboreal trope vividly captures the proliferation of anglophone Caribbean literature. It’s ‘innumerable branches’ flourish where English-speaking people from the Caribbean region have settled. A rhizomatic genealogy of this literary production would trace one of its sources to Great Britain, but its implantation is inextricably bound with other cultures, languages, and histories that directed the inception of the modern Caribbean primarily as an agricultural colony. The subsequent migration of anglophone Caribbean literature produced its offshoots in a ‘poetics of relation’ that entangled its heritage further as it was latticed with other languages and literatures.”

“For both Harris and Walcott, limbo gateways ultimately signify the flexibility and openness despite the cleavage of traumatic entries and exits. To return from routes to roots, grounding(s) incorporates the conventional sense of being connected to earth and material realties and also groundation, the Rasta term for gathering (grounding), together in a ritual of dialogic reflection, reasoning, and social community.   The Caribbean embodies a rooted connection to a specific geography, but its geographic territory keeps expanding with its people, who make new homelands as they migrate, stretching the limbo imagination further and farther.”

“But Caribbean literary production is notoriously vulnerable to issues of availability and information; these determine the choices instructors make in their syllabi. Some plays have been published, but, apart from Walcott, most are rarely available in bulk. The enterprising teacher has to rely on course packets or excerpts that Blackboard and e-reserve facilitate. More texts, particularly from the earlier period, are now available through reissues are designed for the college classroom and in some cases come with useful notes, historical and biographical contexts, [page 7] and even excerpts of literary criticism. But overseas books may be difficult to obtain for US courses, and even contemporary classics from Canadian presses, such as Shani Mootoo’s Cereus Blooms at Night, were for a while hard to obtain for large classes. Whatever the canon in research areas, it may not be reflected in course syllabi where pragmatic concerns outweigh a representation of canonicity.”

“The new terrain includes the digital sphere, as Curwen Best’s theory of the interface between text and cyberculture explains: ‘The birth of the Internet has helped bridge the gap between home and away. It is an ideal facility for the virtual oral testimony of exiled souls’ (132).”